Letter from Mervyn Dymally to a private citizen, 1971 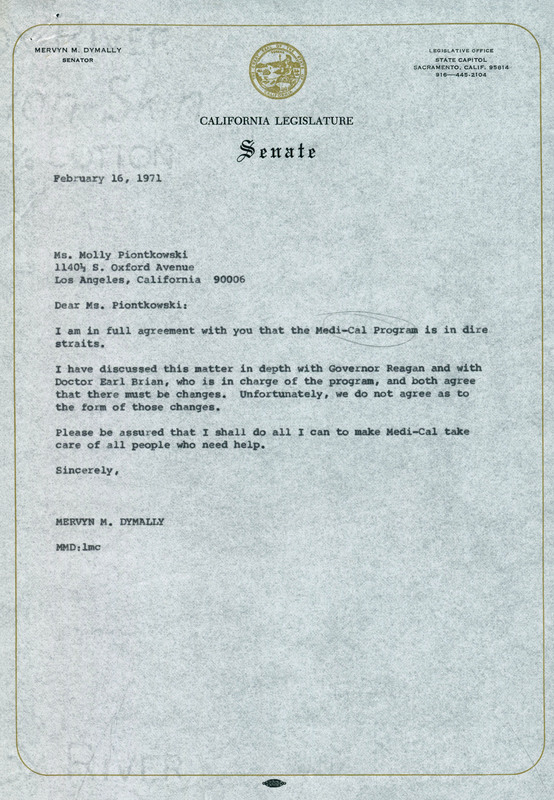 Letter from Mervyn Dymally to a private citizen, 1971

While Governor of California, Ronald Regan’s efforts to defund the newly enacted state Medicaid Program, Medi-Cal, were largely defeated. His efforts were either blocked by the democratic speaker Jess Unruh or by the courts. Regan was able to reach a compromise with state democrats later in the year this letter was written. The California Welfare Reform Bill, passed in August of 1971, sought to reform the public benefit, and was seen at the time as a compromise on both sides.