Inkfiend Art Studio provided Richard an avenue out of the streets and avoid the high recidivism rates experienced by those detained through America’s industrial jail complex. Rather than another number that went back behind bars, Richard concentrated on his art through tattooing. In doing so, he has become a globally recognized artist of Asian & Asian American tattoos specializing in large-scale pieces.

Inkfiend Art Studio also helped reshape the meaning of tattoos. In the San Gabriel Valley, it was a mode of expression that was once associated with the streets and Asian American gang culture. Tattoos served as a physical marker: a stigma defining an outlier and outsider. The change of cultural values, especially in the Asian American community, about tattoos was in large part due to the artistry. Richard’s work is now an artistic stamp showcasing those fortunate enough to get an appointment in Inkfiend Art Studio in Alhambra. These days, Richard’s art is found more often on the skin of doctors, models, engineers, students, and other artists than behind bars.

Richard Vasak’s storytelling and artistry define the following canvases. They represent core themes that define an Asian & Asian American aesthetic; unique to the studio and the artist himself. However, though many may relegate his work to simply Asian tattoos, his artistry spans a spectrum, not confined solely on Asian motifs and images.

Today, tattoos are more mainstream. However, fewer women have tattoos than men, though this is quickly changing. These large-scale pieces on women are marks of cultural expression with uniquely Asian American aesthetics. This body art also represents the ways in which Asian American women are changing ideas of what is acceptable. 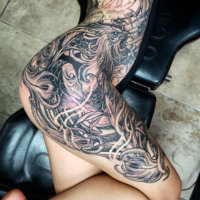 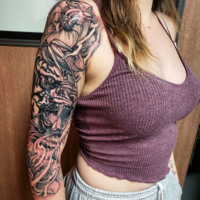 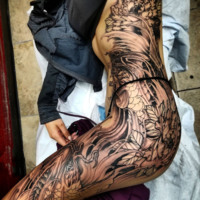 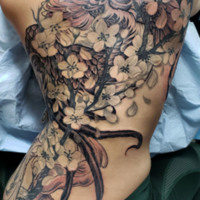 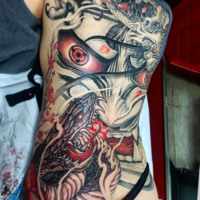 Asian American tattoos have a certain aesthetic with characteristic colors and images. Some of the most common motifs are cherry blossoms, koi, dragons, phoenixes, gods, and temples. Many of these aesthetics were pioneered by tattoo masters like Master Mike and Richard Vasak, mainstreaming the "look" of their art. 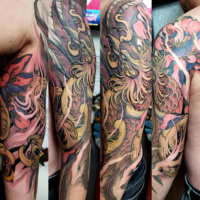 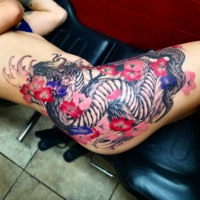 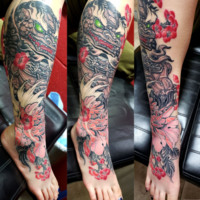 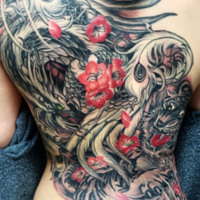 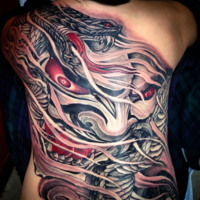 Religious and cultural symbols are popular tattoos. Fu dogs, temples, oni masks, or the Buddha represent religious symbols and cultural values, protection, or personal expressions of individual creativity. Moreover, this art represents the pantheon of pan-Asian images that attract patrons of all backgrounds and from all countries. 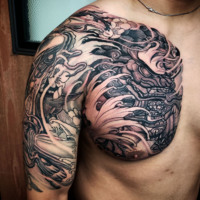 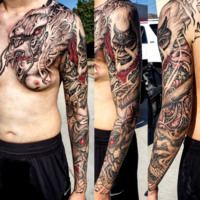 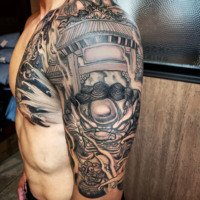 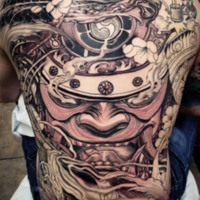 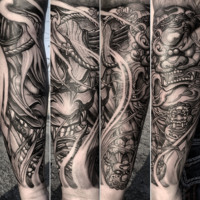 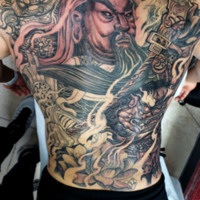 Vasak’s range of work also spans into the pop culture interests of his clients. More than just an artist of "Asian" work, though it is his most popular and most sought after form of art, Vasak's mastery in tattooing attracts those looking for a variety of different pieces. 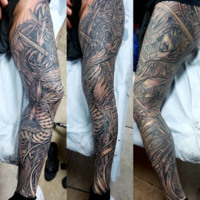 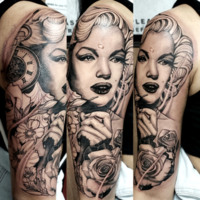 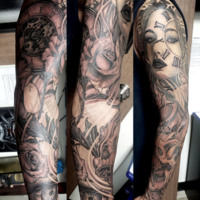 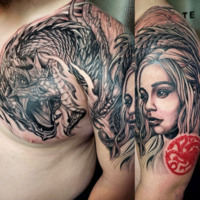 Tattoos and tattooing was once a hidden art, identifying non-normativity. Indeed, the roots of this art did sometimes have a darker side to its origins. This is evidenced through both the artist and how he discovered his passion and profession. Art, no matter where it is painted or etched, is transformative. Vasak himself represents this transformation: from behind the bars to the studio.